After all, Gambling is Inevitable

Wait, what? Gambling on ESPN?

Over the past several years ESPN has been running segments that have to do with the money lines, spreads, and even the over-under for team wins in a regular season. This seemed unusual because the act of sports gambling typically had a terrible connotation to it. Nevertheless, when Doug Kezirian debuted ESPN’s sports betting program, the Daily Wager, as a fan, I was in shock. Kezirian stated it perfectly when he said, [w]e’re really doing it here … [w]e really are doing a sports betting show at ESPN!” This led me to the landmark decision made in Murphy v. National Collegiate Athletic Association.

In 1992, PASPA was enacted by Congress with the goal to put an end to sports betting across the United States. With Americans being so passionate and consumed with love for their favorite sports teams, the Major Sport Leagues along with Senator Bill Bradley (who the bill is nicknamed after) were looking to protect the integrity of the game and protect the youth from the corrupt stigma that came with sports gambling. However, the bill created an attitude that was similar to the Prohibition era, producing a realm of illegal sports gambling—leaving the results contrast to the bills intended purpose. As the 2010s rolled around, the bill was met with judicial scrutiny. Several states tried passing sports gambling laws, which led to an onslaught of litigation.


The Major Sports Leagues were able to fight off the resisting states in their initial battle, who claimed PASPA infringed upon their Tenth Amendment rights. The courts and the resisting states did not see eye-to-eye for several years. However, New Jersey, with the game on the line, was able to pull off the miraculous victory when the Supreme Court returned a verdict of six to three in their favor, ruling that PASPA was indeed unconstitutional.

The Supreme Court’s decision reiterated the importance of states’ rights. This may seem like a victory for the average individual who wants to bet on sports, however the impact of the decision has a greater impact. Taking a closer look, the decision has given a second life to other controversial arguments that the states are making. The controversial issues include arguments about the decriminalization of marijuana, the opposition to sanctuary cities, and state physician-assisted suicide laws. The fall of PASPA also opened the door for numerous benefits that states can take advantage of, like increased employment opportunities, higher tax revenues, and let’s not forget—more excitement for fans. Now that the legalization of sports gambling is allowed, states should take full action and grasp each and every benefit it has to offer. 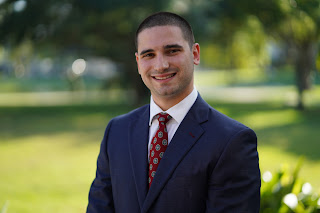 Ethan Strauss is a Juris Doctor Candidate for May 2021 at the Shepard Broad College of Law. Prior to attending law school, he received a bachelor’s degree in Finance at the University of South Florida. He is passionate about the sports industry and aspires to work in it one day.