When You Thought Sanctuary Policy Couldn’t Get More Convoluted

When most people think of sanctuary jurisdictions, they think: New York City, San Francisco, or Chicago.  Typically, Alachua County in Florida is not what people have in mind as a sanctuary jurisdiction.  Yet, Senate Bill 168, signed into law by Florida Governor Ron DeSantis on June 14, 2019, bans sanctuary jurisdictions in Florida.  The Bill requires all local authorities to honor requests from federal immigration authorities, holding detainees so they can be picked up by an agency like Immigration and Customs Enforcement (“ICE”) and be subjected to detainment or deportation.  Minor offenses, like jaywalking or driving without a license, could be grounds for deportation for illegal immigrant aliens.

Other Mechanisms ICE is Using

In addition to Florida’s ban on sanctuary jurisdictions, ICE is also using various mechanisms to reach illegal immigrants by way of basic ordering agreements (“BOA”).  A BOA allows for a jail that is holding an immigrant on a detainer from ICE to be “reimbursed [fifty dollars] for up to [forty-eight] hours of detention.”   Another strategy ICE is using in conjunction with the Bill is the 287(g) program.  Under the program, “local law enforcement agents are deputized to work as federal immigration officials, but the program is restricted to county jails.”

The threat of deportation may also scare potential human trafficking victims into silence.  Lastly, there is a basis to believe that The Bill’s goal is “to prohibit local law enforcement agencies from placing any limit on their compliance with detainers and would therefore amplify the consequences of ICE’s mistakes” and may create negative health outcomes for immigrant families.

And Why Can’t We All Just Get Along?

Policymakers and lawmakers continue to question and ban sanctuary policies on the basis of public safety concerns.  One reason for this is that the “discourse has less to do with crime and safety concerns and more . . . with . . . public conceptualizations of what is means to be ‘real American.’”  This implied “manifestation of racism” becomes a shadow in the sanctuary policy oppositions’ narrative that undocumented immigrants infringe on the “‘rule of law’” and “‘law and order.’”  This is likely why many policymakers and lawmakers “continue to recycle empirically inaccurate arguments that limited cooperation policies and non-citizens, more broadly, represent public safety concerns.”

In short, while committing crime, in general, must have consequences, policymakers are using any crime, no matter how small, as a method to unconstitutionally hold and detain people for deportation.  As of now, the City of South Miami is already planning on challenging the bill and it is yet to be seen what the legal outcome will be. 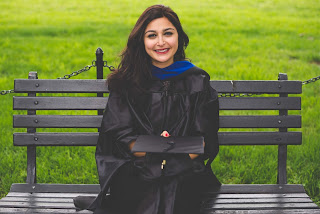 Lena Abdin attends the Shepard Broad College of Law and is a Junior Associate for the Nova Law Review.  Her article, Banning Faux Sanctuary Jurisdictions, was published in the Florida Law issue of the journal, Volume 44.  Prior to law school, she completed a master’s degree from Johns Hopkins University.  Her thesis on Syrian refugee antenatal care was published by the World Health Organization.  Her passion for international law/immigration law stems from living in the Middle East.