School Choice Lowers the Floor for the Lowest on the Ladder

From Jim Crow era segregation to Marjory Stoneman Douglas, what happens in American schools has always been at the center of policy debates.  Perhaps longest lasting of these debates is how American schools should be run.  In Brown v. Board of Education, the United States Supreme Court signaled to the nation what everyone already knew:  a quality education is fundamental to both the fabric of an individual and society.  However, in San Antonio District v. Rodriguez, the Court shifted course and encouraged competitive-based education reform that exists today.

School choice initiatives ultimately boil down to two main players.  First are charter schools, which are public schools operating under a contract with a state to meet academic and enrollment criteria.  School choice advocates and opponents alike would agree charter schools are the proverbial headlining act of the school choice portfolio.  Top performing charter schools like Alma Del Mar and the franchise of KIPP public charter schools regularly fill no less than one third of U.S. News and World Report’s top 100 high schools.  But despite providing more high performing options, many low-income students are subject to the comically bad outcomes of not only underperforming charter schools, but disastrously bad business practices.  John Oliver’s Last Week Tonight highlighted the plight many students face when attending low-end charters when he detailed the events leading up to a Florida charter closing in the middle of a school day.
Second are school choice vouchers.  While state voucher policies often allow students to freely transfer between traditional public schools, voucher proponents are far more excited about the prospect of exporting public school students into private schools.  School choice vouchers allow public education funding to follow the child away from the public system and into the private one.  Little to no research confirms or even suggests school choice vouchers are educationally beneficial to students but, like with all school choice policy, the very fact parents have a choice seems to be enough.

Underpinning the entire rise of school choice is the concept of neoliberalism.  Neoliberalism instructs American values of freedom, choice, and market-based policies which create markets where they didn’t previously exist.  These concepts work well in the realm of economics, where businesses compete for customers and customers are tasked with making value propositions.  School choice advocates would argue that if the concept of market economics can make a better phone, it can make a better school.  However, market economics don’t just make better products, they also introduce more products—many of those being cheap and bad.  The worst thing for customers who buy bad phones is they need to get a new phone.  The worst thing for students who end up at a bad school is they are set back years in his or her life.
But still, few policy portfolios are more in vogue today than the cocktail of school choice programs circulating state legislatures.  Both sides of the isle enthusiastically advocate for school choice initiatives, and its perhaps the strongest thread linking the last three Presidential administrations.  But, while both George W. Bush and Barack Obama planted the seeds of school choice policies, President Trump supplies the fertilizer.  The appointment of controversial school choice advocate Betsy DeVos to Secretary of Education and Trump’s proposed billion dollar investment in spurring school choice threatens to put public education into a tailspin for low-income students.
And it’s no secret those on the lowest rung on the socioeconomic ladder suffer immensely from America’s broken education policy.  From the crumbling infrastructure of the Midwest’s urban schools, to the over-crowded classrooms and over-worked teachers of Los Angeles’ County schools, the intersection of property values and performance outcome-based funding has left the poorest students without a paddle.  Los Angeles’ teacher strike during the beginning of 2019 was less about earning more for overworked and underpaid professionals and more about combating the deleterious school choice policies that had siphoned public schools of much needed funding.  In the end, the teachers earned smaller classes, less standardized testing, and more support staff for their students while also securing a cap on Los Angeles’ ever-rising number of charter schools.  Instead of throwing low-income students a life saver, school choice policies offer a patchwork of programs meant to whet the appetite of profiteering corporations.
Florida has five of the nation’s top ten largest school districts and also boasts among the nation's most robust school choice programs.  Florida already hosts one of the nation’s four statewide voucher programs and a vast network of charter schools.  Governor Ron DeSantis looks to push Florida along as a national leader in school choice by investing heavily into both.  DeSantis has already committed over $130 million into an additional voucher scholarship and has signed a bill easing the burden on charters opening in the state.  Florida, however, has become a proving ground for how school choice can lead to an increase in negative outcomes for low-income students.  A 2018 report revealed Florida charter school closures have averaged 20 per year since 1998, and vouchers will likely leave traditional public schools in increased need for financial assistance.
Countering the establishment refrain of pro-school choice rhetoric has predictably come from the progressive left.  Bernie Sanders’ aptly named A Thurgood Marshall Plan for Public Education looks to reverse the gung-ho attitude for school choice and proposes to give them a proper appraisal.  But more importantly, Sanders’ plan seeks to raise the floor of public education in the United States not through competition, but by providing public investment into known school policies which increase the engagement of the most important stake-holder in education:  the student. 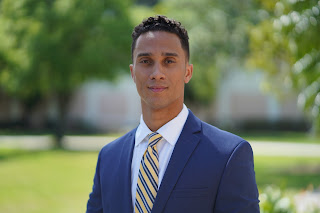 Richard Sena is an honor student at the Shepard Broad College of Law and a Junior Associate of the Nova Law Review.  His Comment, Lowering the Floor: The Consequences of Competition-Based Education Reform for Low-Income Students and Families was published in the Florida Law issue of this journal.  Prior to attending law school, he served for three years as a 9th grade high school English teacher in Palm Beach County, Florida.  He lives in South Florida with his wife, Anna, daughters Penelope and Natalie, and their rescue mix, Bailey.
Labels: Charter Schools Education Reform Low-Income Students School Choice Vouchers