Florida Sober Home Owners Cash in on the Addicted: Why They Don’t Want Change

As the opioid epidemic continues to sweep the nation, treatment centers and sober homes have proliferated.  With the marketability of sunny beaches and a relaxed lifestyle, addiction treatment has become a big business in South Florida.  Addicts from across the nation flock to Florida in seek of recovery.  However, the Sunshine State is not the recovery oasis it is perceived to be.

What Is a Sober Home?

A sober home, as opposed to a treatment facility, does not provide drug abuse rehabilitation treatment.  However, the purpose of a sober home is to provide a safe and supportive environment for those who are still vulnerable to mainstream society in the early stages of their recovery.  Once addicts receive initial inpatient rehabilitation at a treatment facility, they continue outpatient rehab while living amongst their peers in sober living houses.  This model of recovery is known as the “Florida Model”, as it advocates a slow integration back into the everyday stresses of life with the support of those who are on the same journey to sobriety.

While there are many treatment centers and sober homes that truly wish to help those in the throes of addiction, lax regulation in Florida has led to many “bad actors” opening their doors with the sole purpose of gaining access into the now billion-dollar industry.  With little-to-no government oversight and regulation in Florida, treatment centers and sober homes have used the “Florida Model” of recovery to profit at the addict’s expense.  Both operators work together by means of patient brokering, bed flipping, insurance fraud, overbilling, and other unethical practices alike to make astonishingly large profits in an unethical fashion.

Why Those Involved in the Industry Don’t Want Regulation

With such large profits to be made in the industry of addiction, it is not uncommon for those involved in the business to own both the treatment centers and sober living facilities.  Without government oversight, dual owners of treatment centers and sober homes can continue to take advantage of the addicted in an under-the-radar fashion.  For example, simple urine analysis exams conducted to ensure adherence to drug-free policies can rake in millions.  Facilities bill insurers $150 to $200 for one standard urine test that costs roughly $10 to conduct.  The facilities then send the urine samples to labs for “confirmatory” testing that can range anywhere from $1,500 to $2,000 for one sample.  With millions to be made, it is obvious that those involved in the business would be opposed to strong regulation.  If stringent regulations were to be enacted in Florida, it can be assumed that stricter policies would be implemented to oversee testing such as urinalysis.

Why Change Is Needed Sooner than Later

As urine analysis scams are only one small example of the fraud and corruption that occurs within the state, Florida needs to take greater action.  Human trafficking, drug trafficking, prostitution, and intentional drug exposure are other forms of corruptive business practices that occur within Florida’s shady addiction industry.  Without the implementation of stronger government oversight and regulation, the thousands of addicts that flock to the state for help will continue to be exploited. 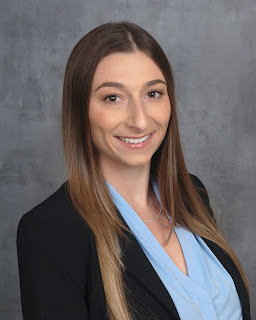 Hunter Scharf is a second year student at the Shepard Broad College of Law and a Junior Associate of Nova Law Review. Her Comment, A Rising Florida Epidemic: Big Business Controls Florida’s Recovery Residence Crisis, was published in the Florida issue of the journal. Prior to attending law school, she was a student athlete at Florida International University where she received her Bachelor’s Degree in Psychology. Hunter is a native Floridian and plans to practice law in South Florida.