A Bird, Lime, Skip, and a Jump Towards E-Scooter Regulation

“It had to happen sooner or later – someone has died riding an electric scooter on a busy Fort Lauderdale road,” so began an article in the Sun-Sentinel. This exact sentiment has been echoed across the country as thousands of dockless electronic scooters (e-scooters) have been introduced into more than 100 cities worldwide. A rough count of reports from the Associated Press indicates at least 11 electronic scooter riders who have died in the U.S. since 2018. Further, an investigation by Consumer Reports found at least 1,500 e-scooter riders have been injured since e-scooters were introduced in late 2017, by the company, Bird (the most popular ride-sharing electronic scooter company). Despite safety concerns, e-scooters have become immensely popular with consumers. According to a study by the National Association of City Transportation Officials (NACTO), riders took 38.5 million trips on shared scooters in 2018.

Proponents of ride-sharing e-scooters argue that:

Opponents of ride-sharing e-scooters contend that they are dangerous to both riders and pedestrians.  Arguing that: 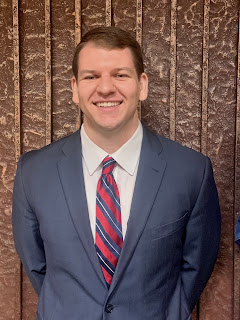 Matt Watson is a second year student at the Shepard Broad College of Law and a graduate of the University of Florida. His article, A Bird, Lime, Skip, and a Jump Towards E-Scooter Regulation is forthcoming in the next issue of the Nova Law Review, Volume 44. As a child, Matt was the proud owner of a Razor scooter. He can definitely do a 360 on a scooter, you guys just weren’t watching when he landed it earlier.
Labels: Bird E-scooter Lime Micromobility Uber Vol. 44